Via Claudia Augusta - Holiday in the holidayregion TirolWest
We use cookies to personalize content and ads, to offer functions for social media and to analyze access to our website. We also provide information on your use of our website to our social media partners, advertising and analyzes. Our partners may carry this information together with other data that they have provided them or who have collected them as part of their use of services. Read more...

The Via Claudia Augusta leads along the tracks of the ancient Romans - following from Donauwörth to Ostiglia. To master the Via Claudia on its own, challenges the body - 2000 years ago as today. But it is worth discovering the testimonies of the historical lifeline. Entire streets, bridges, milestones - again and again you come upon remnants of the old street, its extensive infrastructure and the life that has taken place on and on it. The name "Via Claudia Augusta" comes from two Roman milestones found near Rabland and Cesio Maggiore. Many finds of the ancient Roman road can be seen in the Archaeological Museum of Fliess and in the Documentation Center Via Claudia in Fliess.

Track compartment in TirolWest:
Starting from the Stadtpfarrkirche Landeck , the trail first goes down to the Inn and then takes the cycle path in the direction of Gramlachhütte. This always runs nicely next to the river. In Urgen you cross the river to reach a steep path to Fließ . In flow   Following in the footsteps of the ancient Romans along the Via Claudia Augusta via the Fließer Platte back to Landeck Castle and the starting point.

From Landeck-Zams Bahnhof, Österreich to Via Claudia Augusta 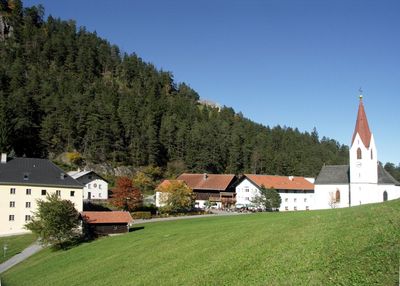 At the Gasthof/Klösterle Kronburg, you have the choice between snug rooms in the guesthouse and simple, functional rooms in the adjacent monastery, or Klösterle.

Recommendable for Via Claudia Augusta

At the Gasthof/Klösterle Kronburg, you have the choice between snug rooms in the guesthouse and simple, functional rooms in the adjacent monastery, or Klösterle. 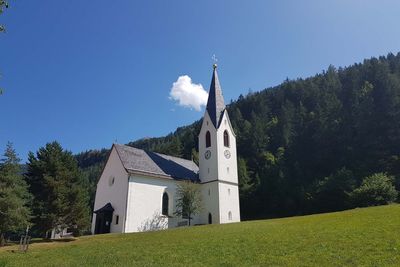 Through the miraculous healing of the child by Hans Lechleitner, Lechleitner and Johann Raimund Fieger of Kronburg had a portrait of the Virgin Mary painted and a chapel built. 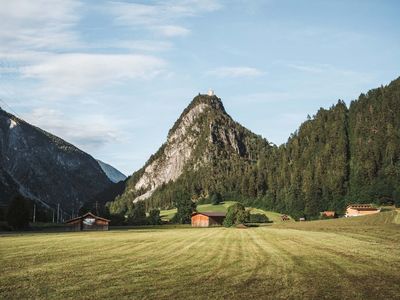 The castle hill on which the Kronburg ruins rise today, was already inhabited in prehistoric times.

We are located just above Zams, in the very quiet district Rifenal. Here hikers and cyclists can relax in a wonderfully quiet environment for the next stage. 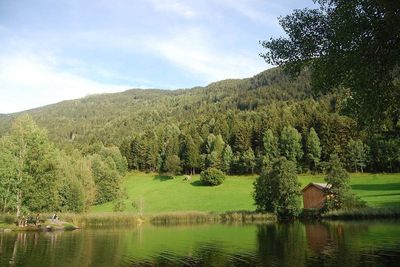 The bathing pond Trams is located in the recreation area Trams on a hill between Landeck and Zams. 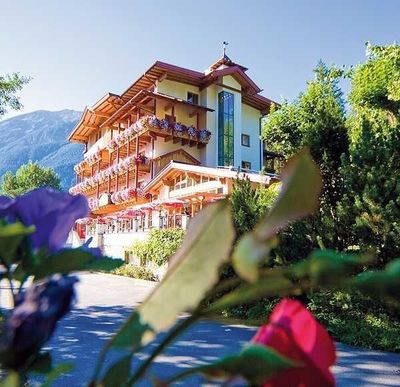 Majestically located above the adventure and shopping town of Landeck, nestled on the banks of a pond, surrounded by meadows and woods, just steps to the popular BADESEE - the TRAMSER WEIHER. 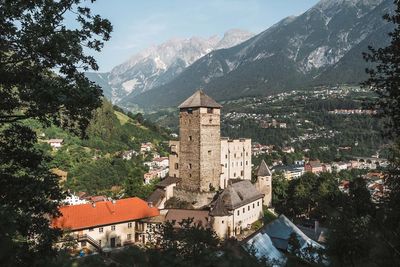 Discover Landeck Castle with its local history museum, the Schlossgalerie and its events. 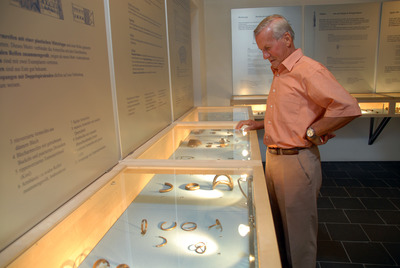 The archaeological museum in Fliess contains finds (weapons, jewelery, coins, ...) from the prehistoric burnt-offering site at the Gachen Blick as well as a Bronze Age treasure trove from Moosbruckschrofen and the Hallstatt-era Bronzehort of Fließ.